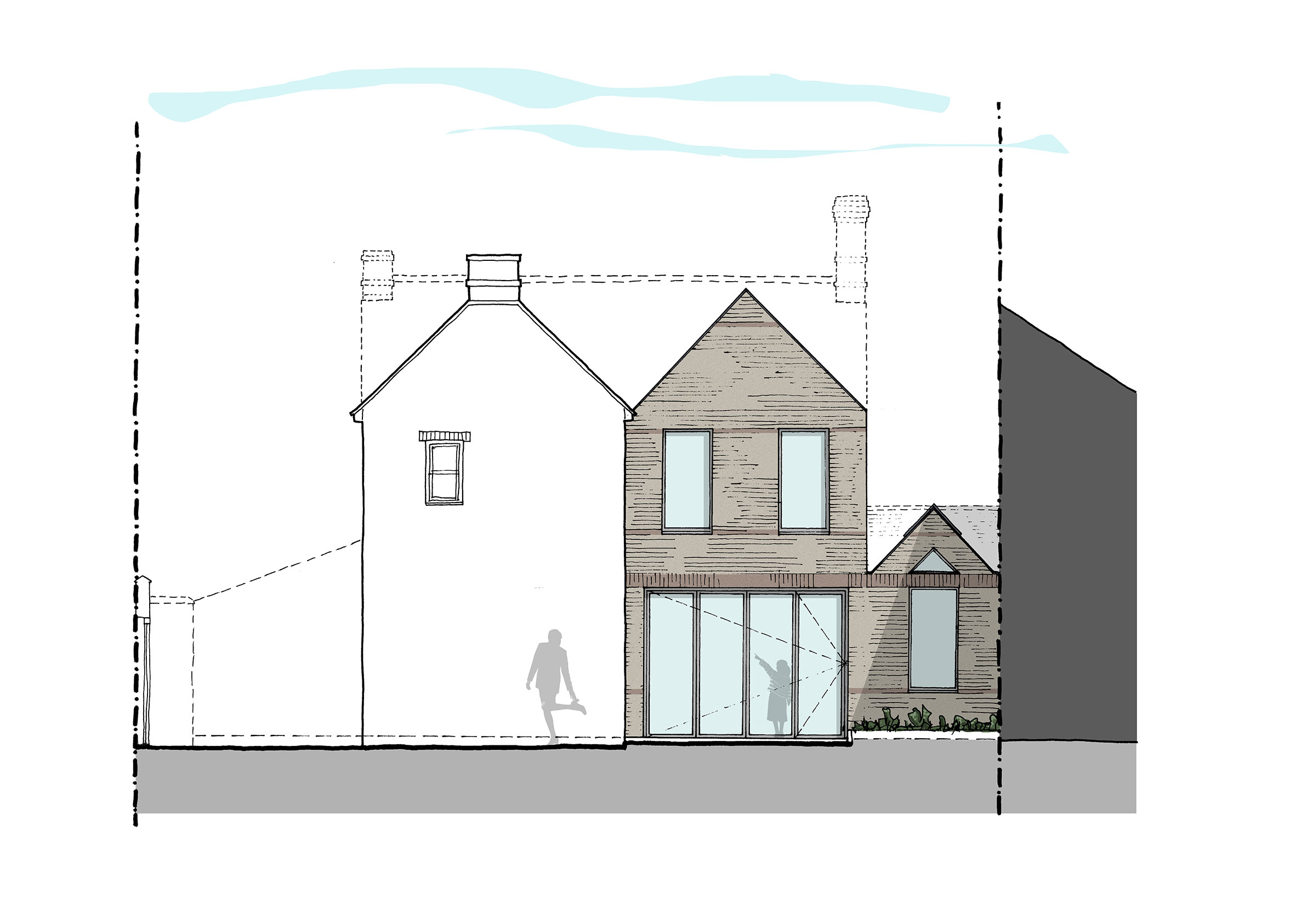 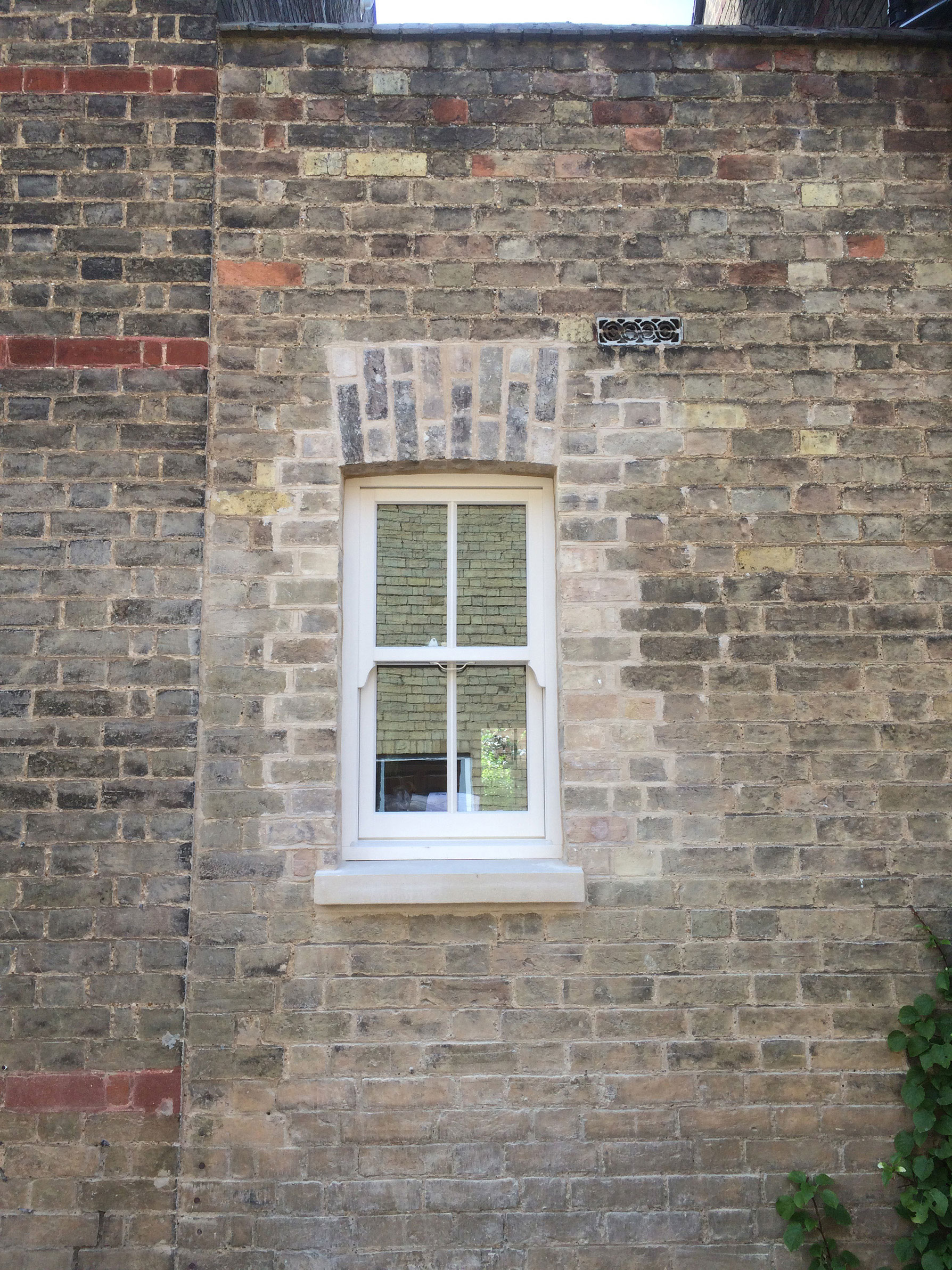 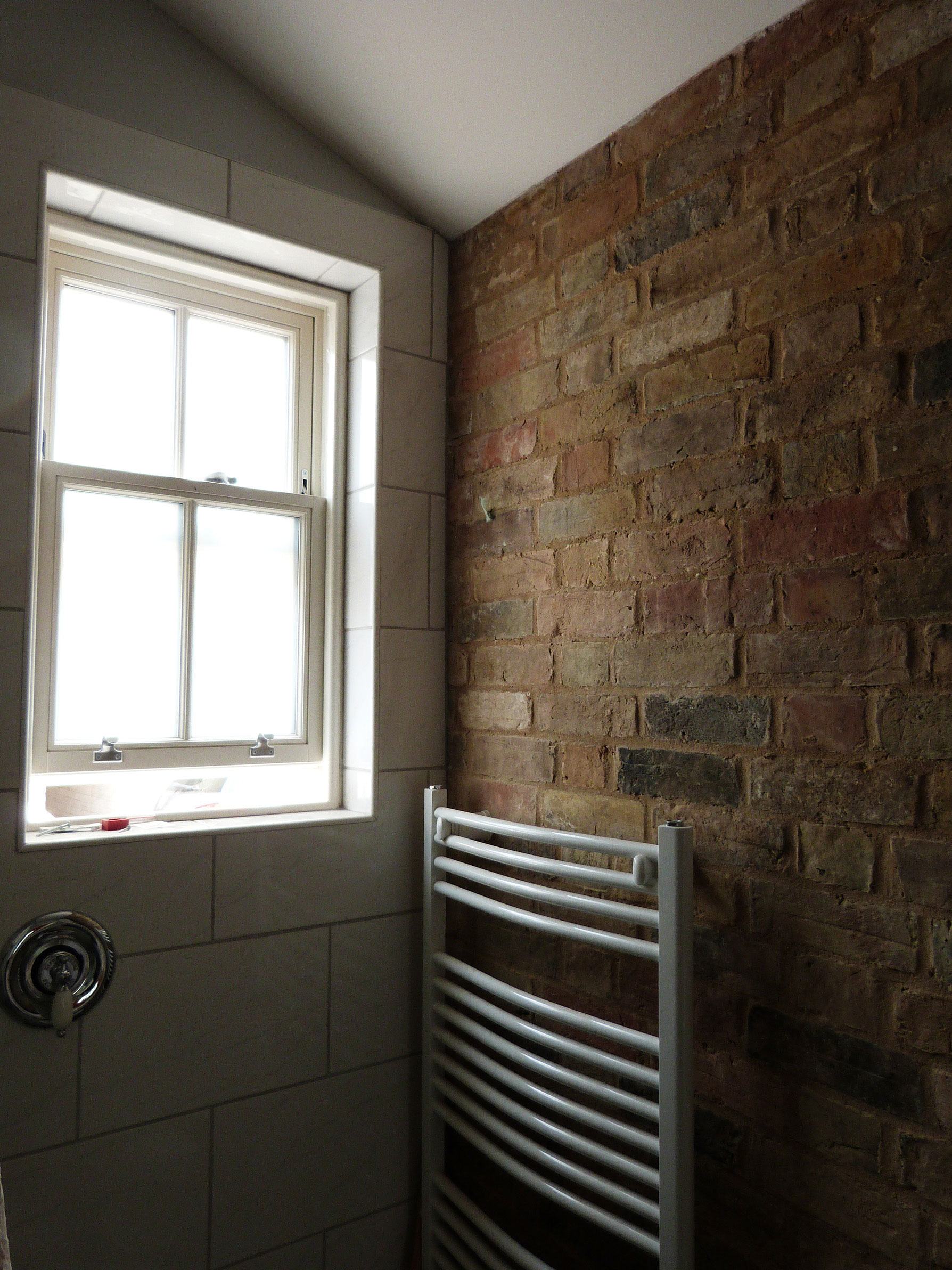 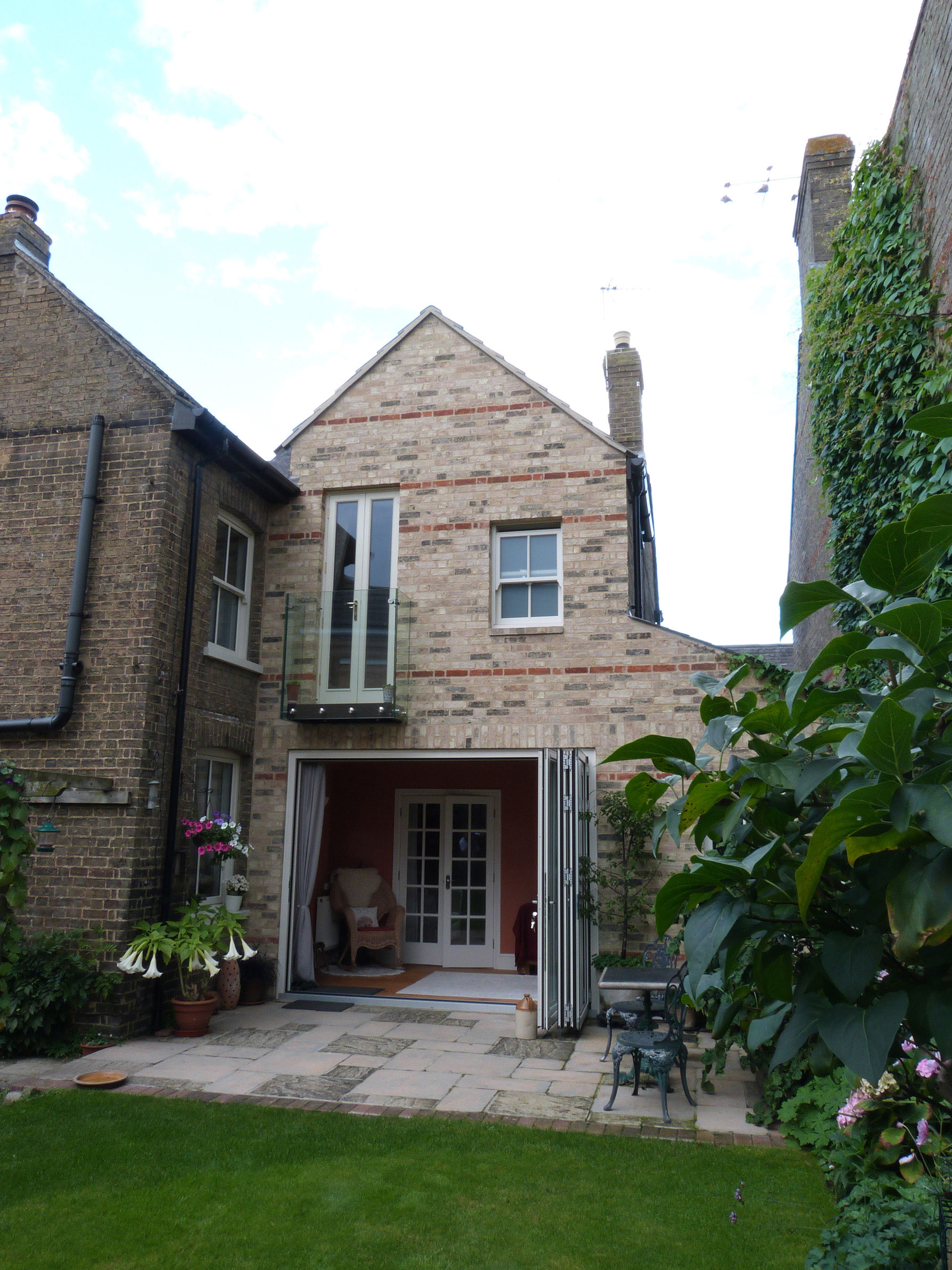 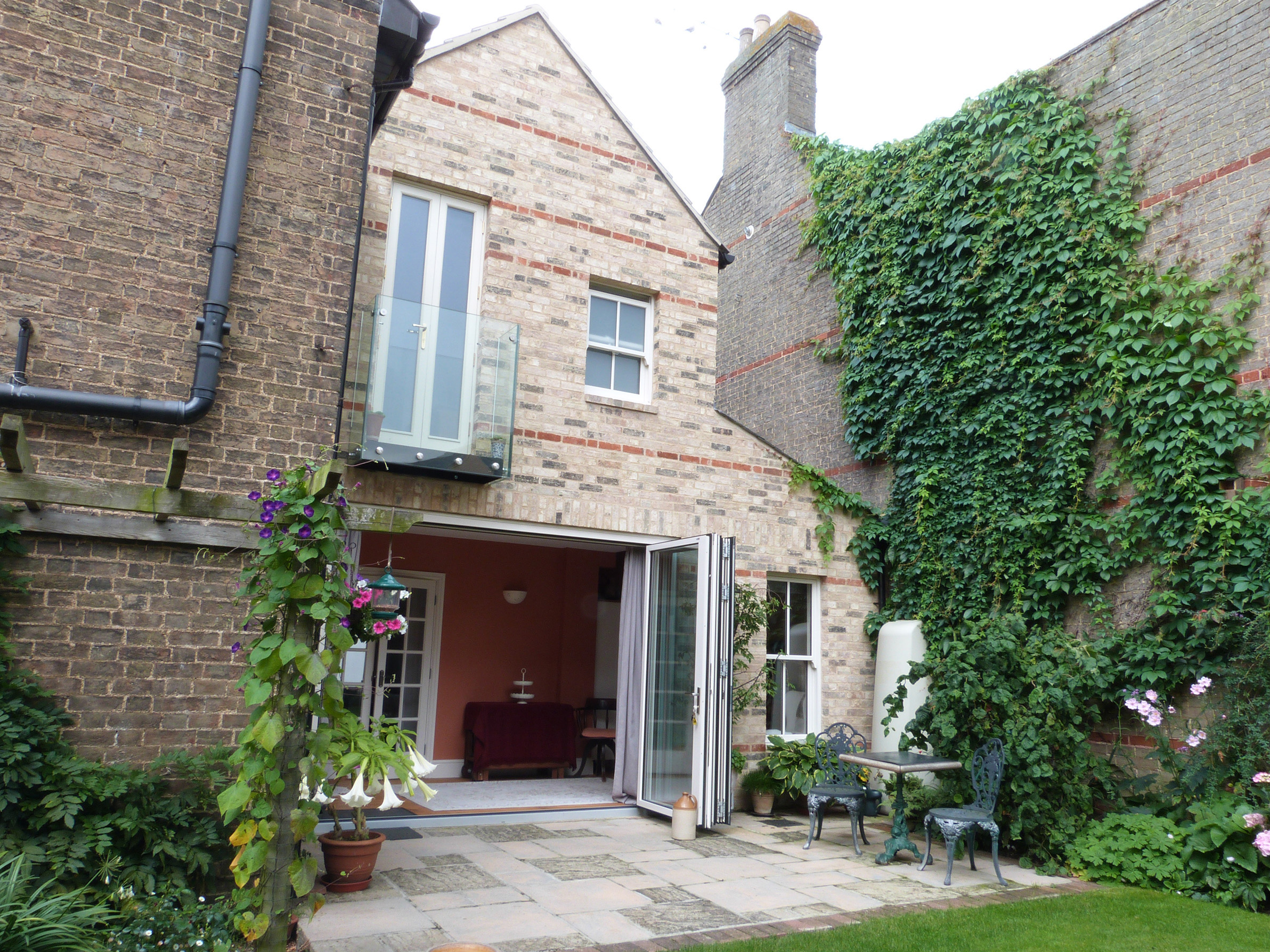 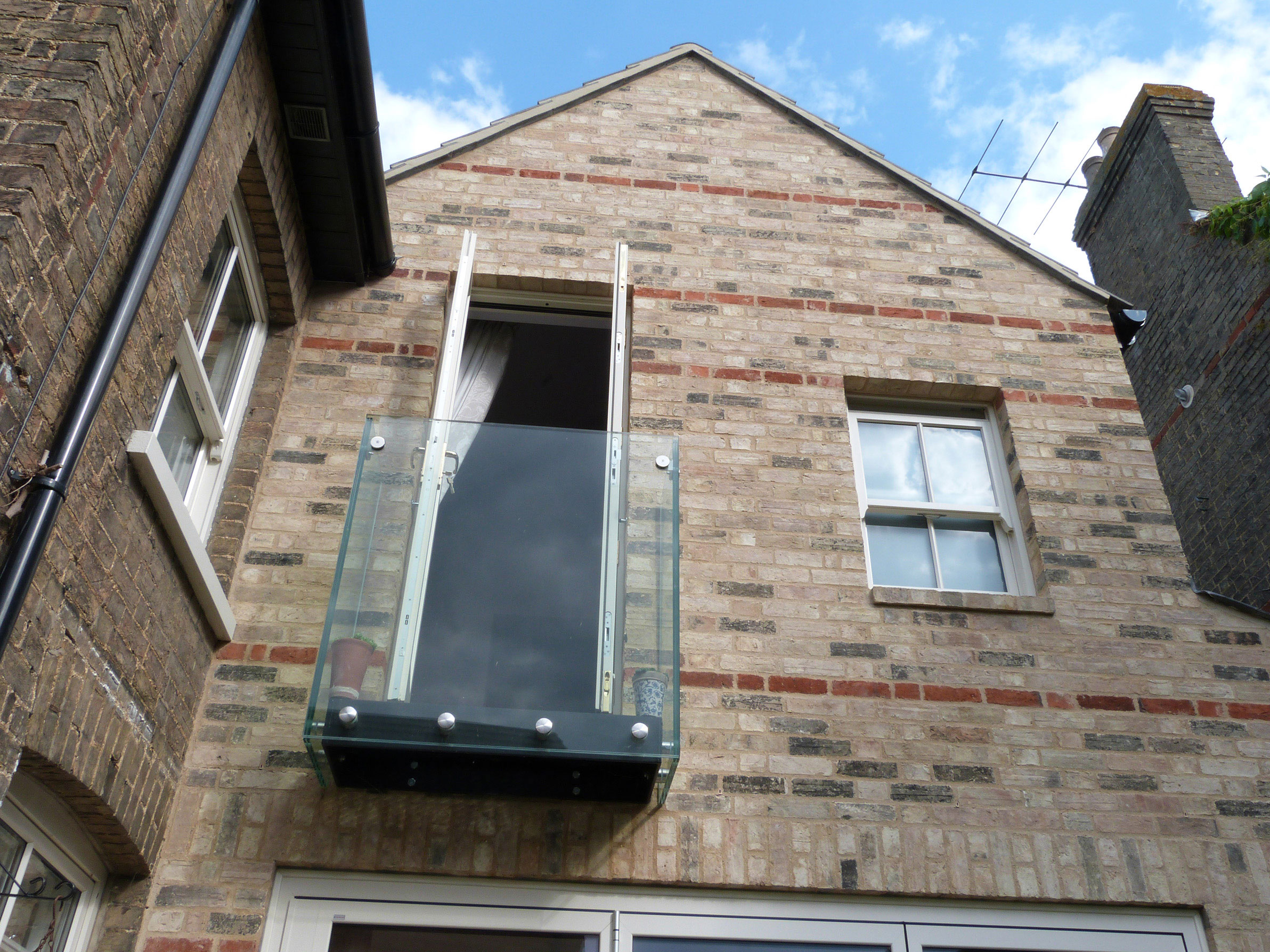 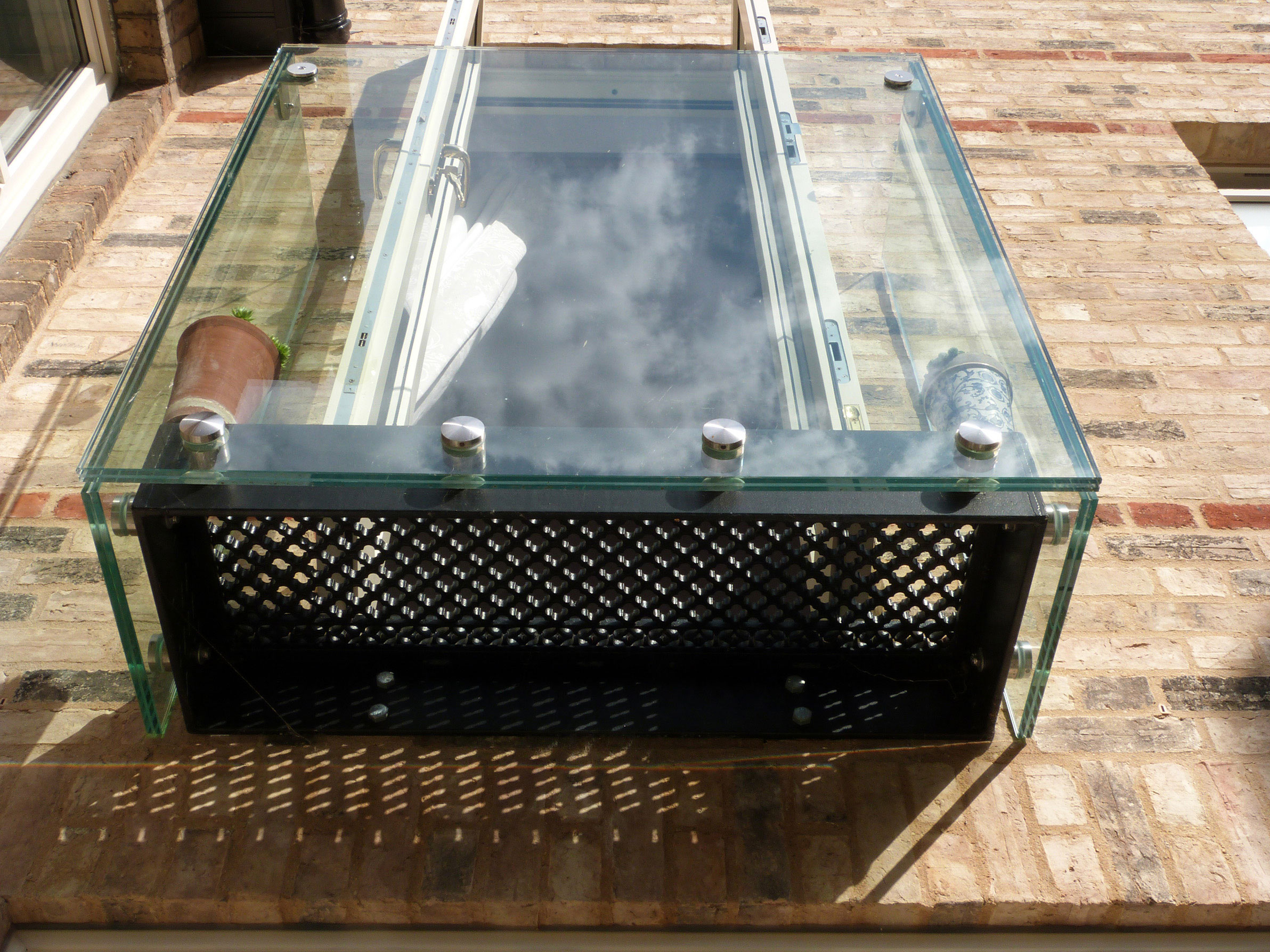 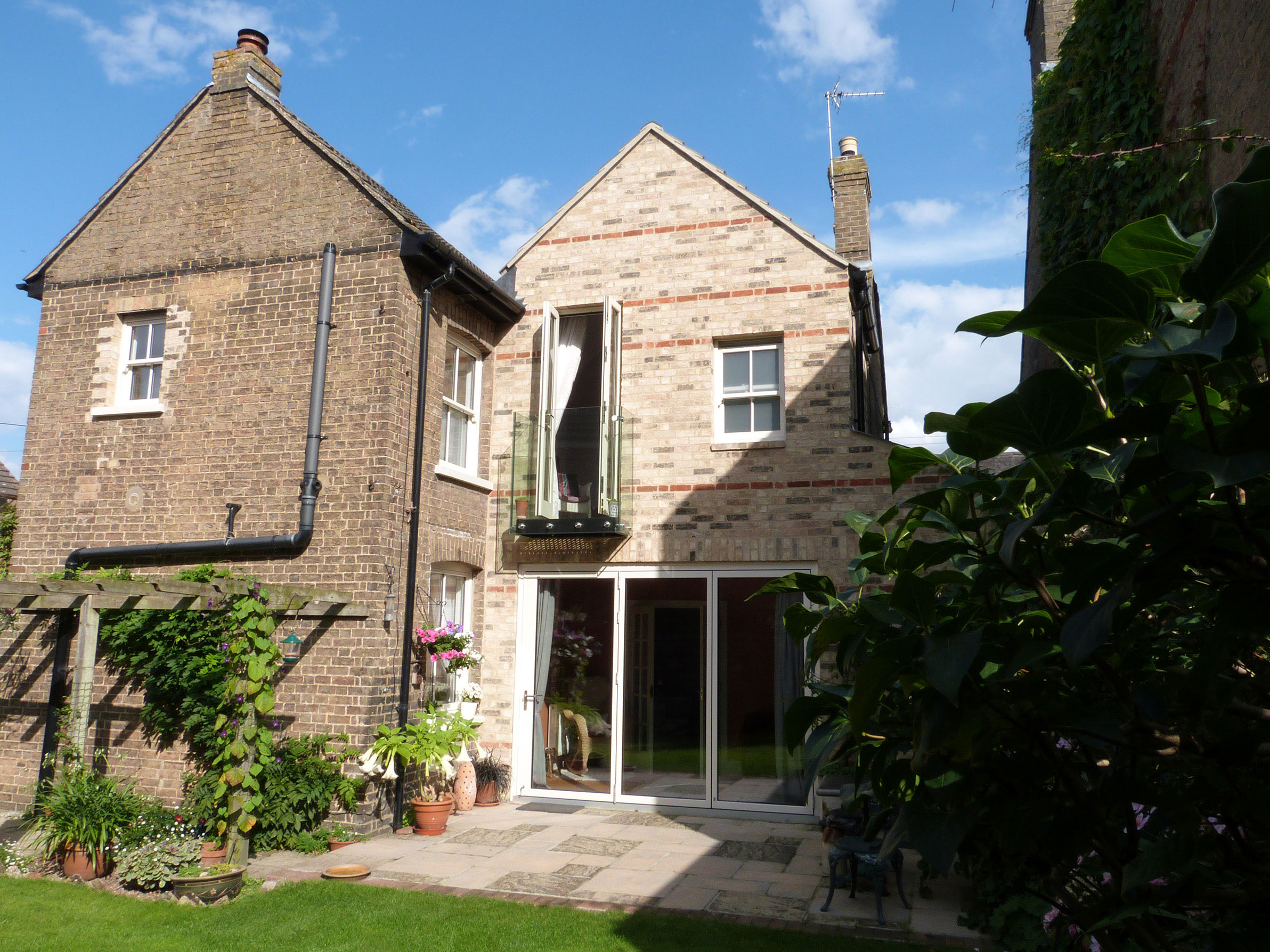 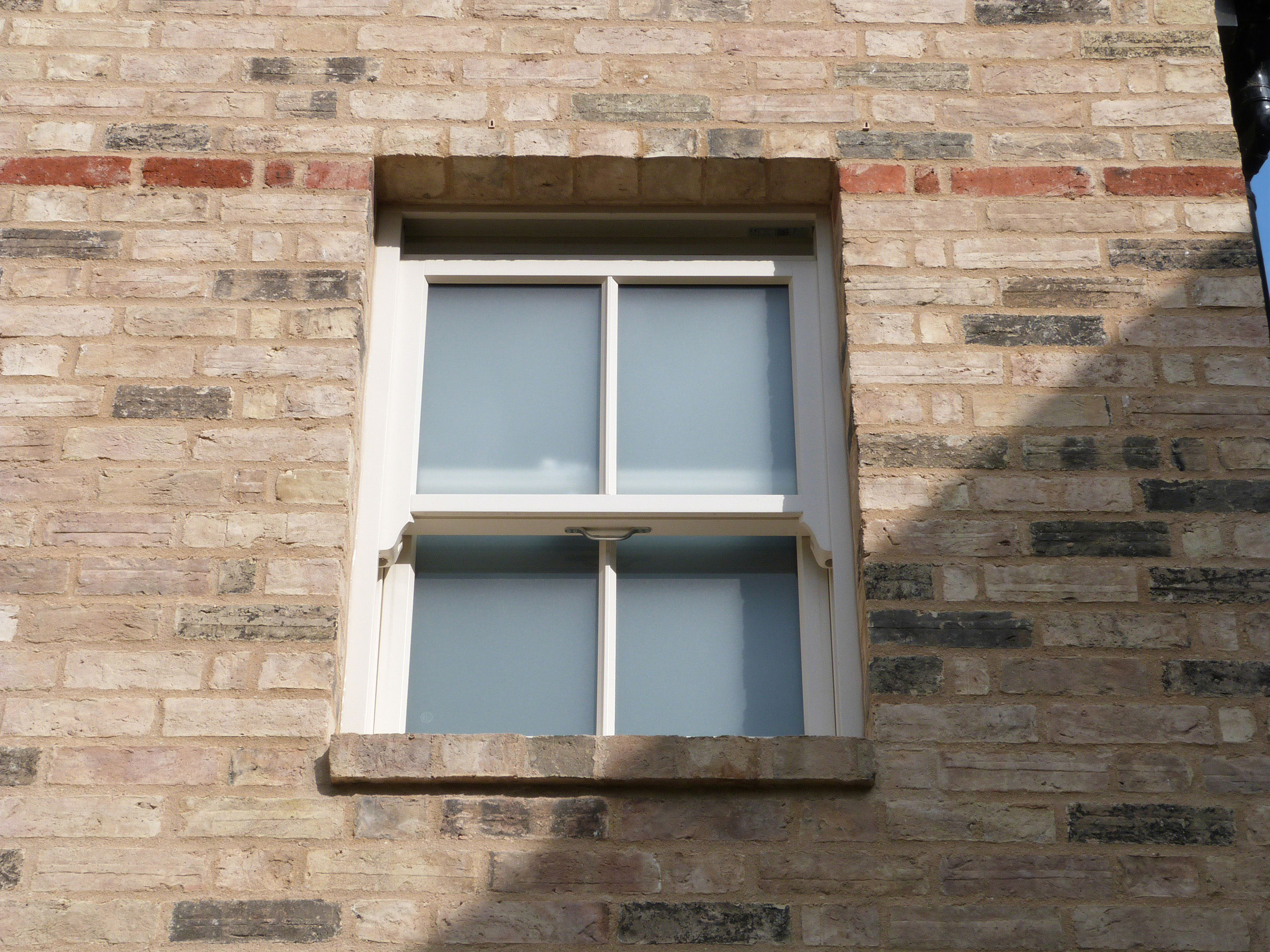 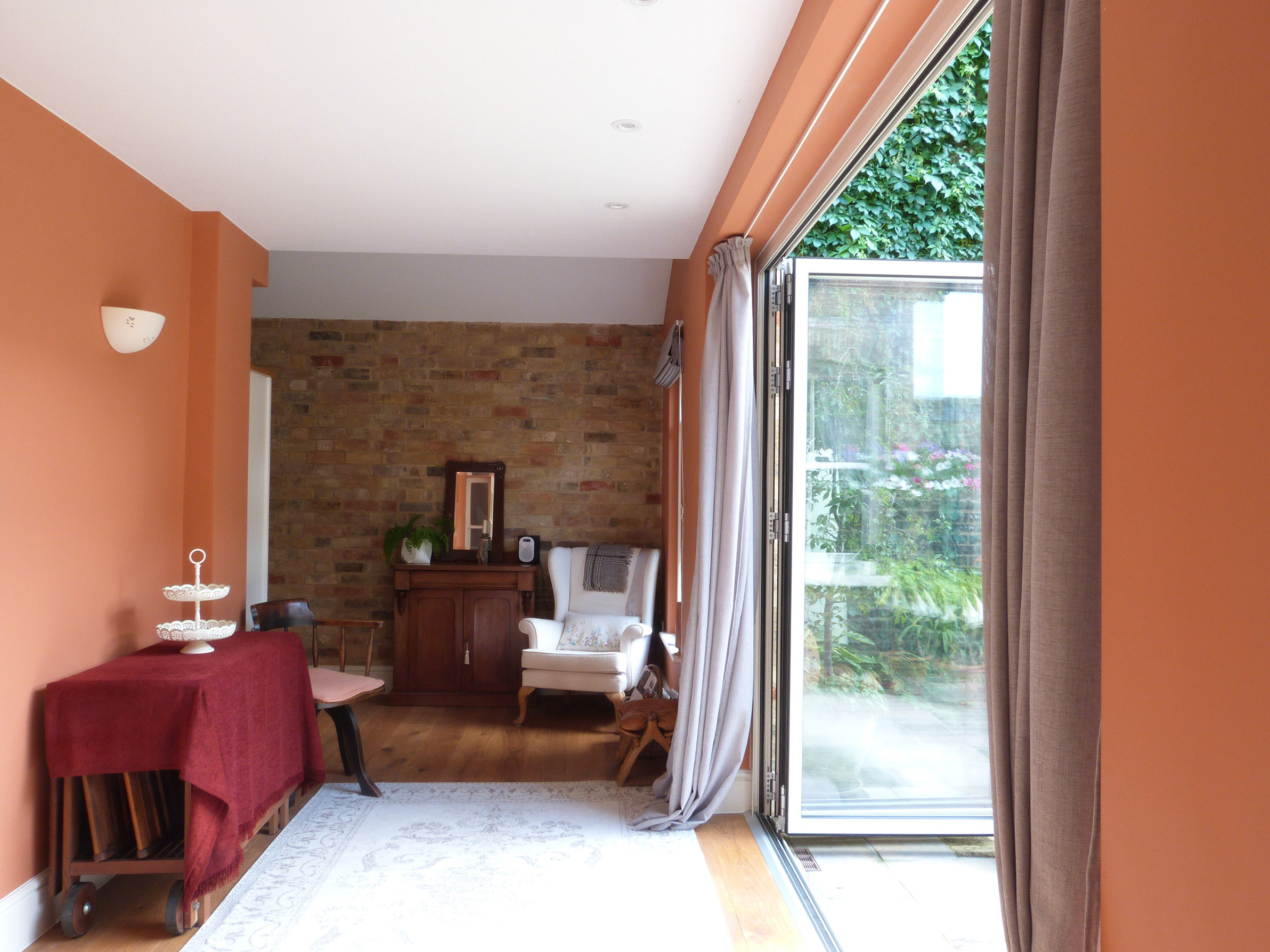 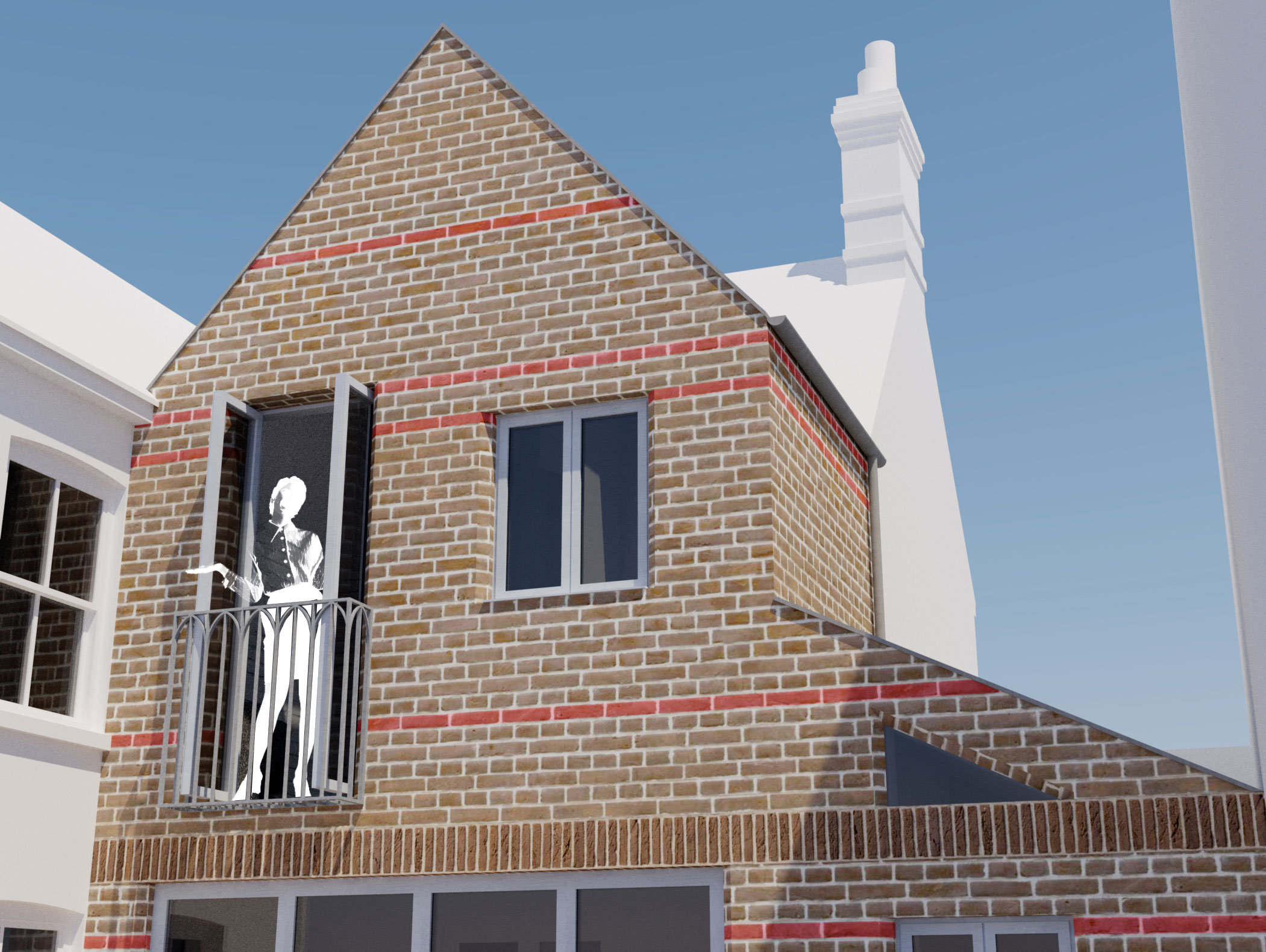 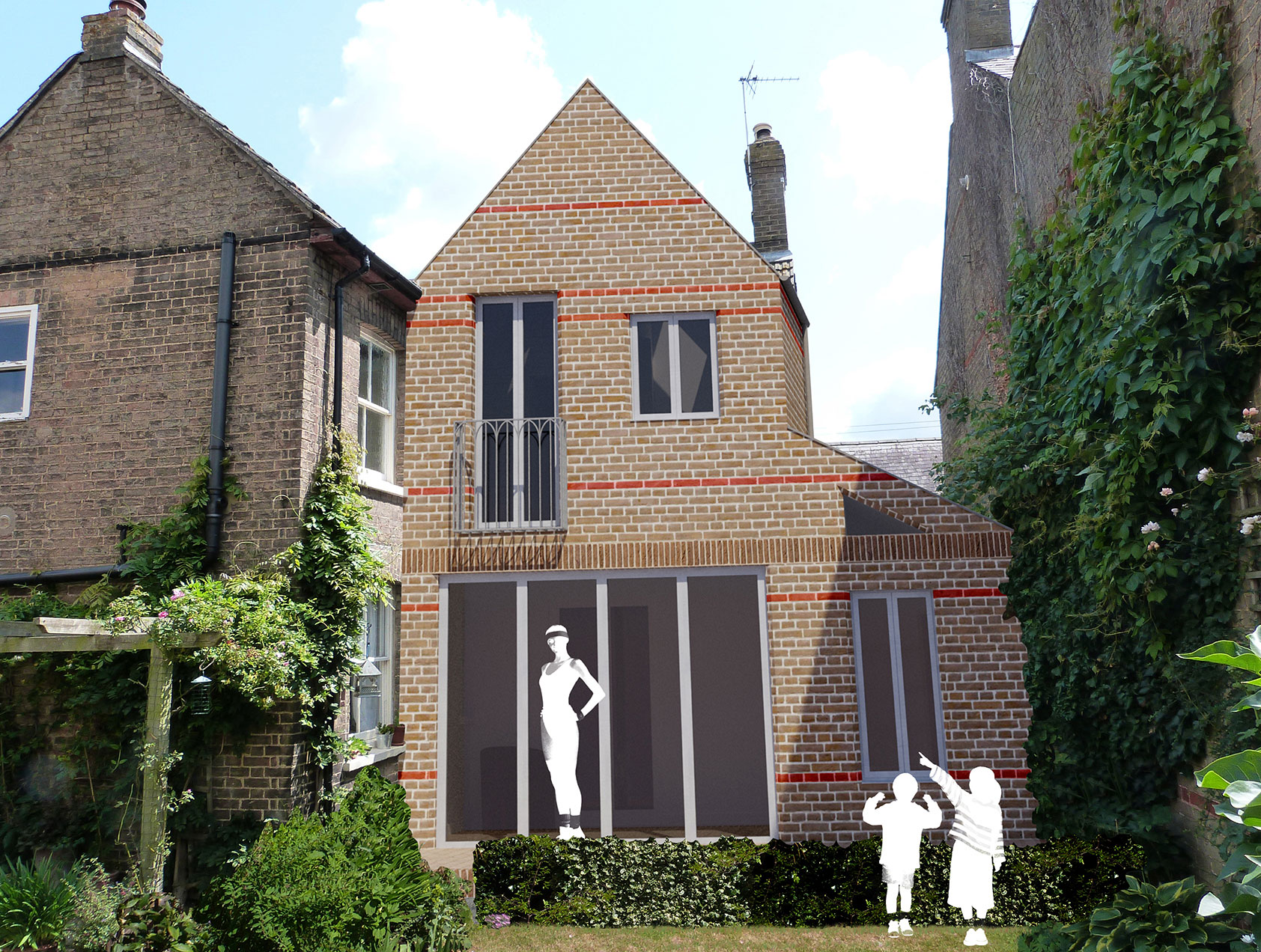 This late nineteenth century, detached, corner plot, brick house has period features, a single storey outhouse and a conservatory to the rear.

The development included a single storey side extension and a two-storey double extension.  The conservatory was removed in order to create an accessible wet room and a large west-facing sunroom on the ground floor. Upstairs, the bedroom has been extended to include an en suite and a dressing room.

The design maximises the site area. The materials complement the existing fabric and include the use of buff grey bricks and a slate roof. Redbrick will be used in the detailing of the extension to reflect the existing decorative red banding on the property.  The design ensures the internal spaces are bright and warm, and as much daylight as possible is captured and enjoyed.

The project was submitted to planning and gained permission for the two-storey extension in January 2016. We were then commissioned to complete the detailed design drawings for the scheme and work with the builder Dave McGregor – P McGregor & Sons during the construction phase.

Testimonial:
“I engaged Simon to design an extension to my Victorian house in late 2015. He was recommended by a builder who I have engaged several times. Simon and the builder were an excellent working team. In my meetings with Simon, he has always arrived at the agreed time and has always been helpful and courteous. Plans have been clear, interesting, detailed and delivered on time. When discussing things, Simon has done so with clarity and has been open to discussing and making alterations where suggested as possibilities. He has also assisted with obtaining planning permission etc and has discussed ongoing progress and technicalities with the builder. He has willingly sourced several items and has assisted where possible with discussions, chasing or resolving issues all the way through to completion. I am very pleased with the work that has been done and readily recommend Simon. I wish Simon every success and enjoyment in his career.” Mrs Baker – Client.